Though the team behind Connie are now hard at work on three forthcoming short films, Blood Shed, Hank: Portrait of a Serial Killer and TickTock, the little felt puppet that is Connie is still on the first leg of her film festival journey. It’s been an incredible six or seven months so far, and we’ve also had the wonderful news that Connie has not only been selected for the HorrorHound Weekend Film Festival in Ohio, US, we’re also nominated for the Best Actress award for our superb lead, Catrin Stewart! 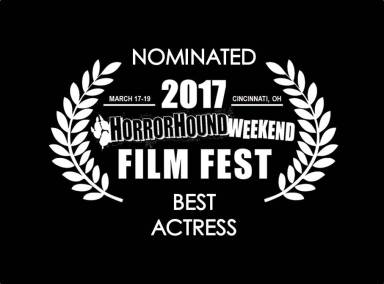 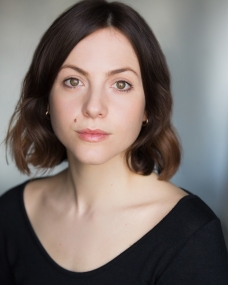 This is wonderful recognition for Catrin’s work on the film. Catrin had to play both Connie and Dolly, often in the same scenes – not just vocally, but also ‘operating’ Connie for a large proportion of the film. This was a great mental and physical challenge, and one that Catrin pulled off with aplomb. She’s a tremendous talent and if anyone deserves recognition for the final product, it’s her.

HorrorHound is a great convention and film festival all in one, taking place 17th-19th March in Cincinnati. It’s CRAMMED to the ceiling with special guests, including Jeffrey Dean Morgan, Chandler Riggs, Tobin Bell, John Waters, Lloyd Kaufman… Team Connie is devastated to not be able to attend! But, you lucky people can get tickets HERE.

Connie is screening as part of the Late Night Laughs slot on the Saturday night (or technically early Sunday AM), before Space Babes from Outer Space. Check out their cute schedule! Congratulations to Jamie Hooper – a friend of Team Connie – whose short Unto Death, which is a real must-see, has also been selected for the Sunday. 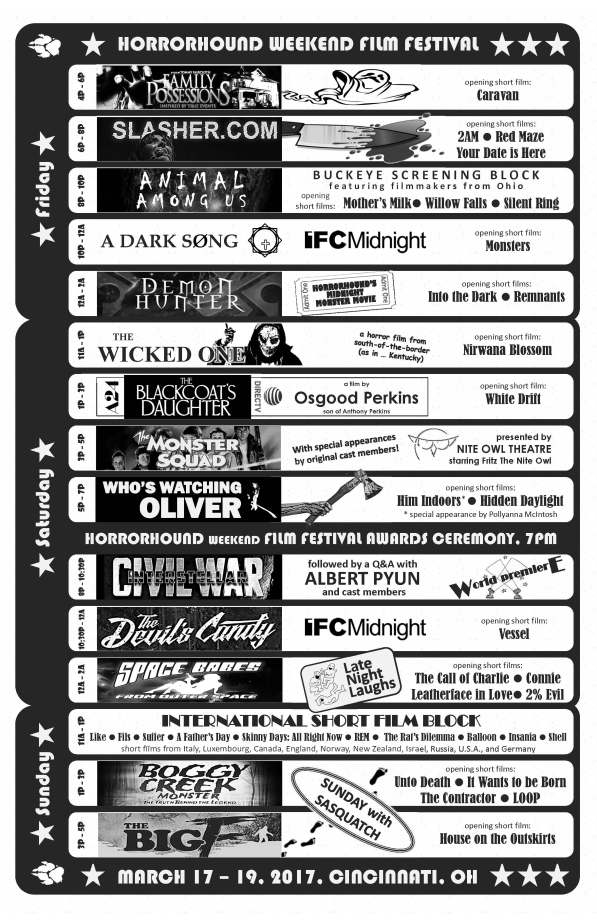 Congratulations to all the HorrorHound nominees. It’s very stiff competition. This is our fifth award nomination. We’re currently also nominated for the iHorror Award for Best Short Film, which is announced at the end of the month, so March is shaping up to be super, smashing, great. 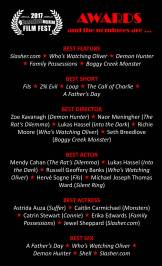 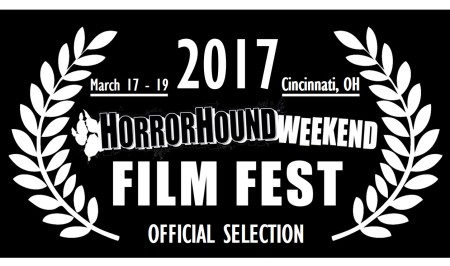