First, Connie will be screened as part of Nightmares Film Festival, a top international film festival dedicated to the horrific, the dreadful and the weird – perfect for little miss puppet. The festival takes place from 20th – 23rd October in Columbus, Ohio, at the world-renowned Gateway Film Center, named one of the top twenty art houses on the continent by Sundance. This is currently set to be our North American Premiere!

Connie will be screened alongside some of the very best features and shorts from around the world, including recent FrightFest stablemates, The Stylist by Jill Gevargizian, Gwilliam by Brian Lonano and The Babysitter Murders by Ryan Spindell, and of course, Night of the Slasher by Shant Hammasian. So Connie will be in great company!

Precise day/time of screening is to be announced.

Then on Friday 18th November, she’ll have her second London outing as part of the eighth annual Crystal Palace International Film Festival. Following the success of KEEN-wah at the festival last year, this is sure to be a real treat. The festival has a great vibe, with themed nights and is one of the coolest I’ve been to in years. It runs from 29th October – 19th November at several venues in South East London.

You can buy tickets for our screening on 18th November here.

Stay tuned – there are more to be announced… we just can’t reveal them yet!

Connie has been unleashed, delighting audiences at the first short film showcase of Horror Channel FrightFest 2016 on Saturday 27th August.

Connie on the loose

Introduced by writer/director, Cat Davies, Connie played to a busy cinema screen full of FrightFesters, appearing on the bill with an impressive list of shorts from around the globe. 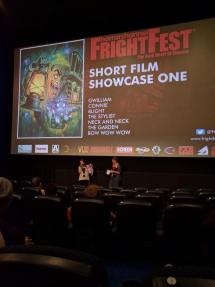 Cat Davies and Connie at the media wall 1

Cat Davies and Connie at the media wall 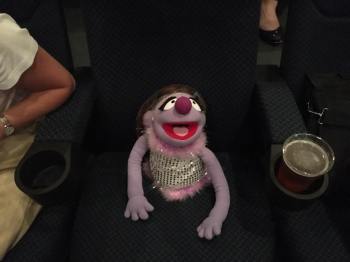 Connie settling in to the screening

A big thank you to Horror Channel FrightFest for including Connie as part of such an illustrious line up – a special thing to be part of, and to the wonderful audience who braved the fun, filth and creepiness of a very special little felt-mouthed puppet. Apologies to anyone that she nibbled… Or worse. 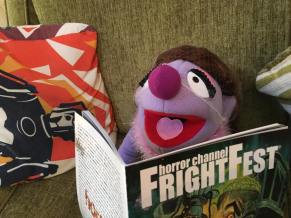 Connie will be screening at more film festivals soon – those tantalising details to follow!